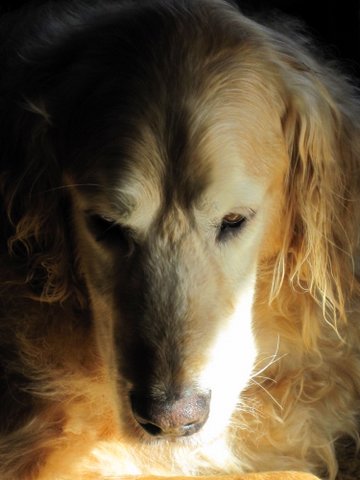 You have to understand this was a Golden Retriever that was one with the water. When he would enter its cool calmness, he would become an Olympic swimmer of Michael Phelps fame, making waves behind him like a wake board boat pulling an expert skier on his quest to “fetch” his stick. In later years, he would ignore his arthritic hips and hind legs to concentrate on achieving his objective, no matter how far I could manage to throw out the obsession of his desire.

Chardy for all the pain that I know you endured in the end trying to please everyone in our family and our neighborhood, I can only pray that I won your respect and admiration.
Tom Campbell