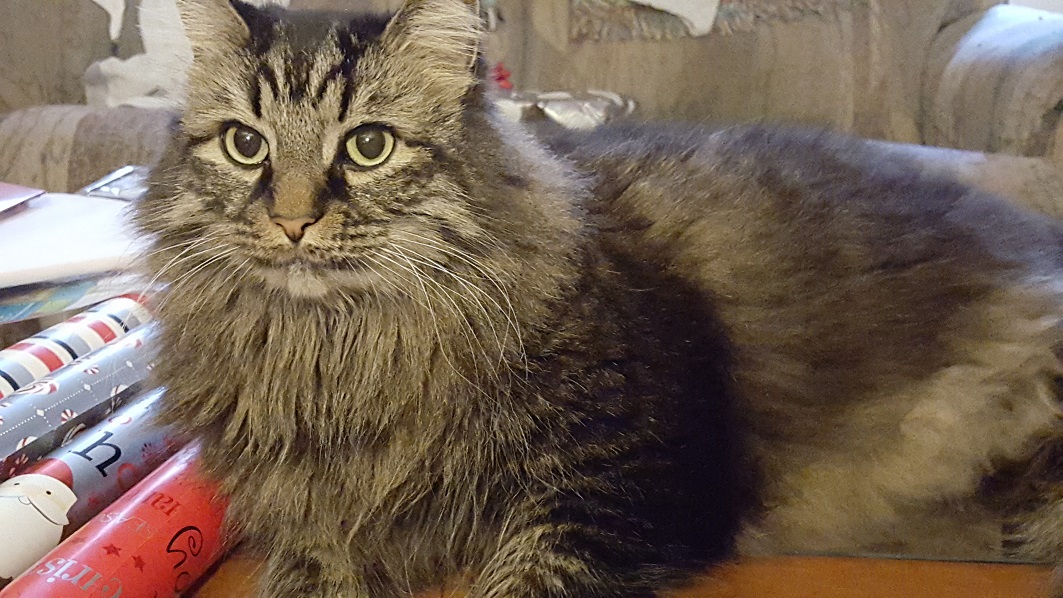 Our beloved Perry crossed the rainbow bridge on Tuesday evening, 3/10/2020 in the arms of his human Ulrich. He had a courageous short battle with feline lymphoma. He was an unusual cat, as he would come when called. He followed Ulrich around after work and would settle for the evening by flopping at his side for belly rubs and ear scratches. When he would travel for business, Lisa and Ulrich 4 weren’t a good enough substitute. Perry would walk around sad until his human returned. Usually giving him the snub for a few minutes before happily flopping at his side again. He earned the title “flight risk” as he always tried to get outside to sniff the air and roll around in the leaves in the carport, never going far. As much as he was a romeo at home, when going to the vet, he became the “tazmanian devil” and had to be gassed just to weigh him and give his shots. In his final months, Dr Aquino nicknamed him the warrior prince, always protecting the family when there from anything bad. He leaves behind his twin sister Paige, and a cousin Jasper. He was preceded in death by cousins Winston, Blackie and Goldie. We will miss his personality and unique way of trilling, chattering and meowing. Fly high over that bridge… we will see you again.