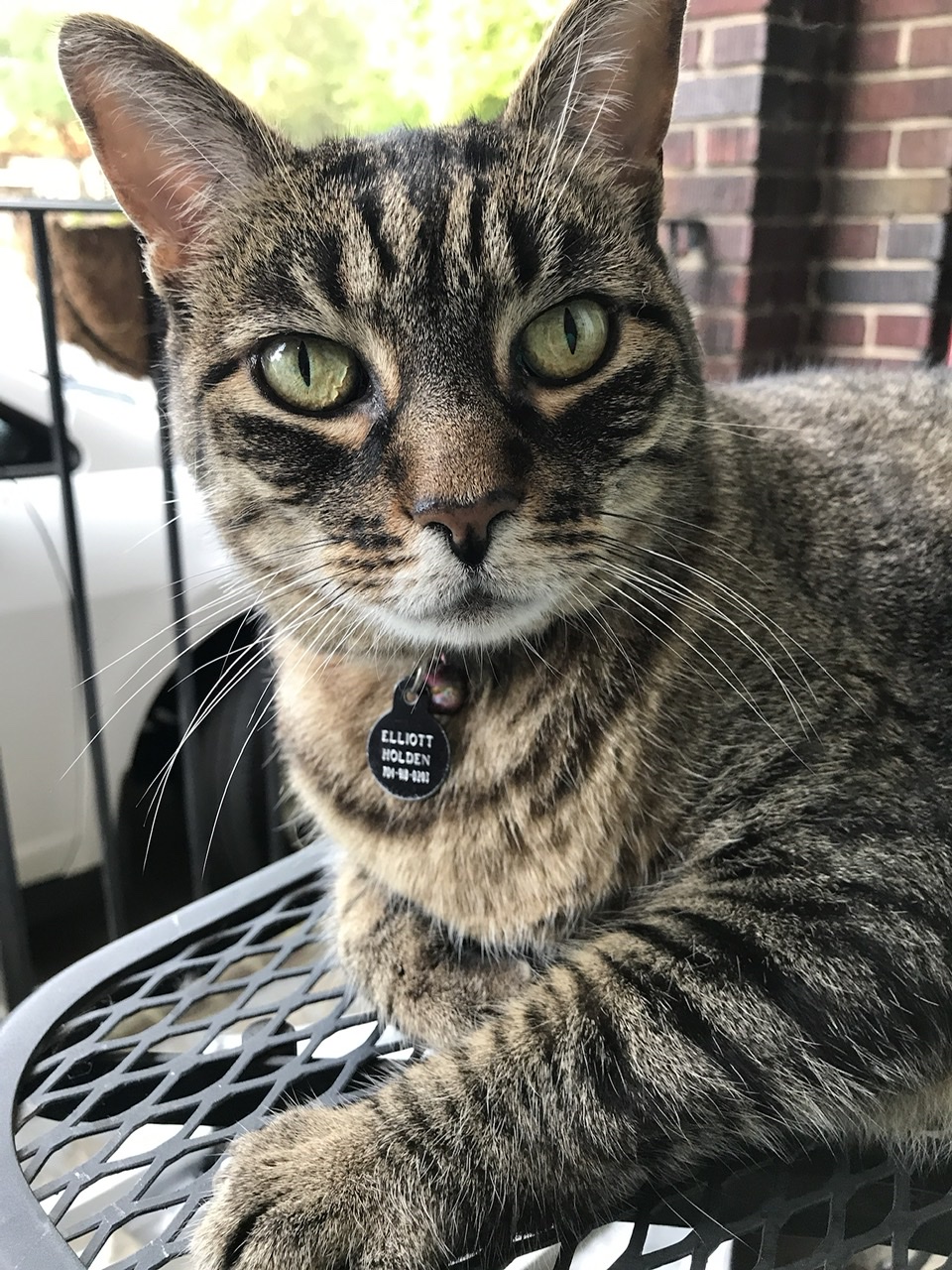 18 years ago a friend saw some rescue kittens at a pet store. She knew I had been wanting to get a kitten, but I was in the middle of working as a counselor at a summer camp and honestly in no position to be getting a kitten. But of course I did anyway.
I remember looking inside the cage filled with cute little tiger striped kittens. I instantly fell in love. I named him Elliott Holden, Elliott after the band and Holden after Holden Caulfield from The Catcher in a the Rye.

Since I still had to work at camp for a second week, I took Elliott with me and I secretly kept him in my room. He kept escaping under the door and running across the hall to the other rooms. It was hilarious. My secret didn’t last for long and by the end of camp everyone knew he was there.
Since I still lived with my parents at the time, headed home that weekend with my new kitten. My Dad didn’t like cats, and definitely didn’t want one in the house. I hid Elliott again, and he went unnoticed in my room for a few days until he started to sing the song of his people. This was the second cat I tried to keep and this time I wasn’t going to give up. Elliott was home. Of course my Dad loved Elliott too, as it always happens with Dads who don’t want pets.

Elliott was so very loved. He’s traveled up and down the east coast, been on an airplane, and lived in FL, NY, & NC. He’s met so many people from everywhere and was most happy to meet his best friend.

Justin came into Elliott’s life when he was 10 years old. This cat bonded to Justin immediately and loved him so much. I honestly was a little offended that my cat of 10 years loved him more than me, but also cat’s just know. Justin was Elliott’s best friend and obviously I had to marry him for Elliott.

We often joked because this cat literally had 9 lives. He’s had multiple health scares and issues, but he always pulled through. He was a strong, brave, fierce cat.

We had the choice to say goodbye yesterday and despite not being ready, today felt better being the first day of fall. The season changing and saying goodbye to my sweet boy. I am at peace knowing we gave this beautiful soul 18+ years full of love. We did everything we could to give him the best life and we loved him so so much.